Home Resources If You Care About Immigration, Here’s What You Need To Know About The Midterms 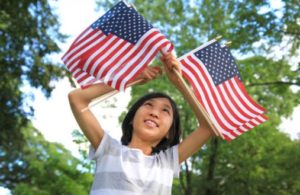 President Donald Trump’s policies aimed at severely limiting immigration aren’t likely to disappear anytime soon. But despite his anti-immigrant agenda, Congress holds the power to either fall in line with Trump’s wishes—or fight them. When it comes to the midterm election, immigration issues going forward could look very different depending on which party wins control of the House and the Senate. In other words, yes, your vote matters.

“Protection of Dreamers and keeping families together is absolutely on the ballot in November,” says Tom Jawetz, vice president of immigration policy for the Center for American Progress Action Fund, in an interview with MarieClaire.com. “[It] requires new leadership in Congress in order to perform the basic functions of government that would allow us to reign in this administration.”

Along with health care and the economy, immigration is one of the most important issues to voters this year, according to a July poll from The Wall Street Journal and NBC News. The Trump administration’s move to separate thousands of migrant children from their parents at the border shocked the nation, and hundreds of children remain in detention even after a federal court ordered the administration to reunite all the families by July 26.

Trump has also tried to end the Deferred Action for Childhood Arrivals (DACA) program, which allowed people brought to the U.S. as minors to legally stay in the country. And don’t forget about the travel ban on Muslim-majority countries that he signed his first week in office. Both efforts were tied up in court, but the Supreme Court upheld the latest version of the travel ban in June.

In The Midterms, Congress Is The Star Of The Show

Voter turnout during midterm elections is historically low, with only about 36 percent of eligible voters casting ballots in 2014. But voting for members of Congress is critical for those who want to see the administration’s recent trajectory on immigration issues change course. While Congress doesn’t have the power to stop Trump’s executive orders, it can—if the majority party chooses—push back against the president’s agenda.