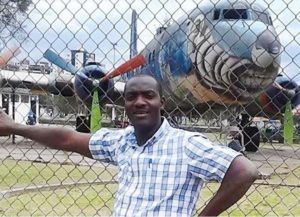 The Trump administration finally agreed on Thursday to release Ansly Damus, a Haitian immigrant who had been detained for more than two years even though a judge twice granted him asylum and a family offered to house him as his case continues in court.

Damus, who came to the U.S. in October 2016, sued the Trump administration in September, arguing his prolonged detention violated the Constitution. The American Civil Liberties Union represented him in court in Ann Arbor, Michigan, on Wednesday, in front of about 30 people from the Cleveland area who traveled by bus to show their support in person.

His supporters, including a couple who agreed to be his sponsors, had hoped for his immediate release. Judge Judith Levy of the U.S. District Court for the Eastern District of Michigan opted not to issue an order immediately, sending them home on the bus without him.

Then, on Thursday, the government abruptly changed course and agreed to release Damus on parole and ankle monitoring ― something it had repeatedly refused to do during his years in detention.

Damus will be released by 5 p.m. Friday, according to an order by Levy that dismisses the lawsuit.

“There never was any reason to imprison him, but we’re delighted he’s being released now,” ACLU attorney David Hausman, who argued Damus’ case in court, told HuffPost. “It’s a wonderful moment … but it’s also just awful what he’s been put through and there’s no conceivable justification for it.”

Damus, a former ethics teacher, fled his native Haiti in 2014 after an attack and threats by a gang aligned with a local government official whom he’d spoken of critically while teaching a class. He first went to Brazil, but suffered discrimination there and came to the U.S. to seek asylum at a port of entry in 2016.

Although he did not break the law, Damus has been locked up ever since, mostly in a county jail outside Cleveland that also houses immigrant detainees. He is not allowed outside for recreation and can speak to visitors only through a video monitor.