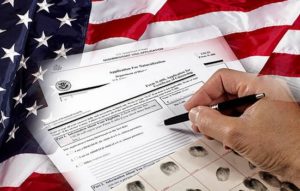 The agency has made more than five times as many arrests as last fiscal year and targeted more businesses suspected of employing undocumented immigrants.

From October 2017 until July 20, ICE made 984 workplace arrests, more than five times the number of arrests made during the last fiscal year, from October 2016 to September 2017. During that period, ICE arrested 172 people under what the agency calls “worksite enforcement.”

According to the new statistics, ICE has also initiated nearly four times as many I-9 audits, in which agency officials mandate employers to prove that their employees have documentation to work in the U.S.

The increase is consistent with the Trump administration’s larger crackdown on undocumented immigrants and zero tolerance enforcement of immigration laws.

One of the most high-profile examples came in its highly criticized decision earlier this year to separate undocumented immigrant children from their parents at the U.S.-Mexico border.

In a press release announcing the new numbers on increased workplace targeting, the agency claimed that the practices would help ensure greater public safety, echoing the Trump administration’s larger rhetoric and rationale for its immigration crackdown.

However, immigration researchers and advocates have argued that such crackdowns are mostly a show of force and a scare tactic for undocumented immigrants.