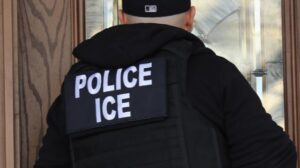 Immigration and Customs Enforcement plans to launch an operation to find and deport undocumented immigrants who failed to voluntarily depart the United States despite previously committing to do so, according to a draft memo obtained by CNN.

It’s the latest in a string of operations launched by ICE, the enforcement arm of the Department of Homeland Security, in recent months after the agency said it would largely focus enforcement on public safety risks amid the coronavirus pandemic.

In the run up to November 3, and with early voting already underway, ICE and DHS are amplifying, with speeches and news conferences, a series of operations, particularly in jurisdictions that have adopted policies limiting cooperation between local law enforcement and federal immigration authorities.

ICE also announced this week that it’s expanded a procedure to speed up deportations to include undocumented immigrants anywhere in the US who cannot prove they’ve lived in the US continuously for two years or more.

The operation, called “Operation Broken Promise,” is described as targeting “illegal aliens who broke their commitment or promise to the United States by failing to leave the country on an order voluntary departure,” the memo reads.

Generally, people residing in the US illegally can opt to leave the US under what’s known as “voluntary departure” by a specified date and avoid the consequences that come with deportation, like arrest and detention as well as some bars on re-entry.

The latest operation intends to target those who said they’d leave the US by a certain date but did not.

“Unfortunately, over the years, thousands of aliens have accepted the benefit of VD without fulfilling their promise to the Government—failing to timely depart the United States,” the memo says. It also notes that people with criminal convictions will be prioritized.