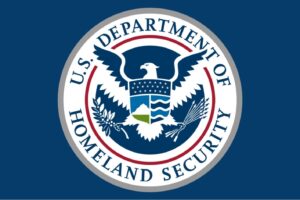 After four hours of jury deliberation, Yun Zheng, aka Wendy, 50, and Yan Qui Wu, aka Jason, 48, were found guilty of four counts of concealing, harboring, or shielding a person, whom they knew to be undocumented residents of the United States, for commercial advantage and private financial gain.

According to trial testimony, from 2014 to 2017, husband and wife Zheng and Wu owned and operated the Tokyo Dragon Buffet restaurant in Alexandria, Kentucky, where they employed at least four undocumented workers. Evidence established that Zheng and Wu knew, or recklessly disregarded facts indicating, that these workers were undocumented. Evidence also established that Zheng and Wu housed these workers in their own home and provided virtually all their transportation, to avoid detection.

While working at the restaurant, one of the workers was badly burned by hot oil. The owners initially refused to take him to the hospital because, in one of the defendant’s own words, he was present illegally and would be deported if the owners transported him to the hospital. This investigation began when the worker eventually received treatment several days later. The nurses treating him were so disturbed by what he described, as well as the defendants’ conduct, that one of them called a law enforcement hotline.