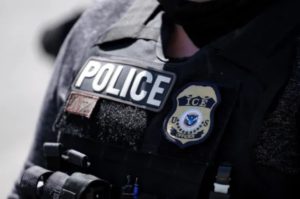 The report by the Government Accountability Office was conducted at the request of Democratic members of Congress after complaints that pregnant women detained by U.S. Immigration and Customs Enforcement were denied required medical care and detention facilities were often not equipped to provide that care.

The report substantiates some of those complaints.

It comes after a 24-year-old Honduran woman in ICE custody went into premature labor and delivered a stillborn baby in February 2019 at an immigration detention center in Texas.

The decrease came after then acting ICE director Thomas Homan in April 2016, under President Barack Obama’s administration, issued a memo to field office directors discouraging the detention of pregnant women except in extraordinary circumstances.

In December 2017, the Trump administration rescinded that policy as part of efforts to detain and deport all undocumented immigrants.

The report also found that 22% of the 4,600 detentions of pregnant women took place at facilities not staffed by ICE medical personnel.

Compliance with standards for providing medical care to pregnant women varied among facilities, the report said, and while a review of ICE inspections found compliance of 79% or higher, deficiencies exist.

For example, 9% of inspections showed pregnant woman were not seen by an obstetrician-gynecologist within 30 days of pregnancy confirmation, from December 2016 through March 2019. Some facilities did not have policies requiring them to provide prenatal vitamins, the report found.