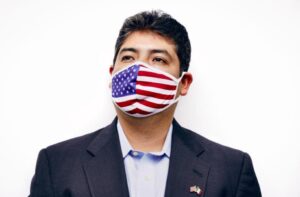 And Justine Okello is feeling emotional about his chance to do something so many people around the world can’t: vote.

More immigrants who’ve become US citizens like them are eligible to vote in 2020 than ever before. And Georgia — a battleground state in this election — is where this group is growing the fastest, according to the Pew Research Center.

CNN spoke this month with naturalized US citizens in Georgia as they prepared to cast ballots in a US presidential election for the first time. They told us why voting matters to them, and what issues they’re weighing as they head to the polls. Their responses have been edited for length and clarity.

Some of these immigrant voters have candidates they support. Others are still considering the options. All of them are ready for you to hear what they have to say.

He feels like he’s casting his vote for those who don’t have a voice
Carlos Garcia, 40 • Rigger • Country of origin: Mexico

Once you actually get there and stand in front of the immigration officer and you raise that hand to pledge allegiance to the United States, it’s like — that’s why they call it a dream. Yes, it is a dream, because you can’t believe it. This is what you’ve been working for, so hard, for 21 years, and you’re there. You made it, but a lot of your friends didn’t. You just let out that big sound from deep inside your gut. You exhale.

I’ve been silent for 21 years, without any official representation. I couldn’t really come out of the shadows. And at this point, I’m ready to scream from the top of my lungs. I’m going to vote in person. I want to experience for the very first time that feeling, that emotion that I’m casting my vote.