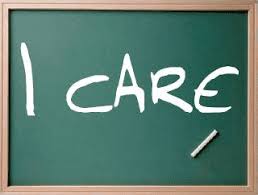 While Melania Trump proudly boasts about not caring, Americans should be reminded that the true enemy of our successful democracy is not the immigrant at the border… but indifference to our fellow human being. Perhaps the most un–American thing one can do is not to care. Although entertainment and mass media would have us see our country as being founded on the lifestyle of the rich and indifferent, our nation, at its heart has always been founded on community and family.

The immigrant at our border seeks the same thing we do… freedom. Freedom from persecution. Freedom to live fee from violence. Freedom for their families. These freedoms they seek regardless of any dehumanizing tactics put in place at the border. Immigrants will still come to America because what they face back home is far worse… and often means certain death. For our country to try to match the atrocities that many migrants seeking asylum are fleeing, as a deterrent, is an indication that we have not only lost our moral compass, but we have forgotten who we are.

In many text books in America and around the world, we are still the land of the free. We are the nation that welcomes the afflicted and offers them safe harbor. We are the melting pot of the world… yes, indeed a nation of immigrants. Despite all attempts to blot out our heritage, we the people of the United States of America must assert who we are. This we must do even when our “most” Supreme Court fails to identify discriminatory policies that divide us; bending to the wind of politics.

As we celebrate the birth of our nation let us remember our earliest forefathers, beginning with puritan families seeking asylum from persecution. As our colonies grew, our strength and prosperity grew, as settlers came from every nation and tongue, seeking refuge for their families. Today the world still needs a place, a nation of refuge for persecuted and oppressed families. Therefore, I continue to really care. We continue to speak. We continue to stand and rally for justice. Ultimately, we will make our voice heard. Yes, we care!