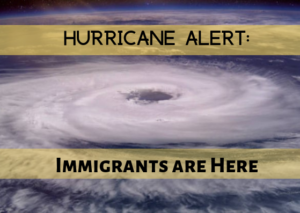 Immigration policy is changing at record speeds in the past several months, causing major disruptions in the U.S. immigration system. These changes are not limited to USCIS but span several different agencies and are making it difficult for practitioners and advocates to keep up.

HUD just made a proposal to make immigration status a criteria in offering its public assisted housing programs even for mixed status families. USCIS recently rolled back protections allowing non-adversarial procedures for unaccompanied minor children seeking asylum in the U.S. Both USCIS and ICE have changed how U visas are being processed creating barriers to obtaining pre-requisite law enforcement certifications for crime victims seeking to remain in the U.S.

The Department of Justice Executive Office for Immigration Review changed its own internal structure to ensure that the politically appointed EOIR Director would decide on Appellate cases within 14 days if it finds the Board of Immigration Appeals has not made a decision within 90 days in detained cases or 180 days in non-detained matters. Thus attacking the independence of the Court. Department of Homeland Security continues to refine its policy requiring asylum seekers to return to Mexico for the duration of their asylum proceedings. This without the help of any legal counsel during new initial stage determinations. Is your head spinning yet? Those policies emanated from 5 different agencies this summer. We have not even mentioned any new regulatory procedures or new policies which try to change or interfere with legal precedents.

Although this administration seems to believe it is succeeding in its immigration policy, immigration reform remains the United States’ ultimate policy failure. For a nation so utterly engulfed by issues pertaining to immigration we have failed to come to the table in a coherent, thoughtful manner and finalize a reasonable plan for addressing immigration reform. Coincidentally, the our stagnant immigration reform strangely resembles our friends on the other side of the Atlantic who cannot come to a decision on how to implement their anti-immigrant Brexit plan.

Many of us just seem to have lost our way in the storm. If you are not lost, then make your voice heard and support immigration reform.