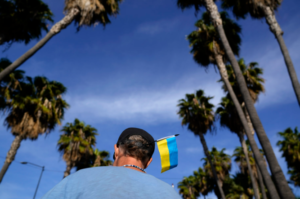 While many refugees would prefer to stay closer to home in Europe, Biden said, the U.S. “will welcome 100,000 Ukrainians to the United States with a focus on reuniting families.”

The 100,000 people will be let in “through the full range of legal pathways,” the White House said, and the U.S. is “working to expand and develop new programs” with a focus on Ukrainians who already have family in the United States.

But a lot about the plan remains uncertain. The White House did not provide specifics on a timeline for admissions, nor did it respond to PolitiFact’s request for additional information about the nature of the admissions.

One thing is clear: Experts say it will take more time to admit 100,000 Ukrainians than many might hope or expect.

While not all Ukrainians will be admitted under a refugee status, it’s worth noting that in recent years, the U.S. has admitted far fewer refugees than federal policy has allowed.

Former President Donald Trump was vocal about his disdain for increased immigration, and he repeatedly reduced the maximum number of refugees that would be allowed into the country.

By the time he left office, Trump had set the lowest refugee admissions cap in the program’s history.

Biden campaigned for the White House promising the opposite — to increase refugee admissions. Just a few months into his administration, Biden announced an aspirational goal and raised the low fiscal year 2021 cap set by Trump from 15,000 to 62,500 refugees.

At the same time, Biden acknowledged a “sad truth” — in reality, the U.S. would not be able to admit that many refugees.