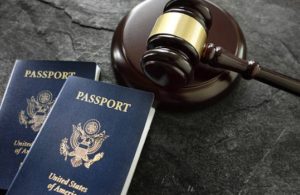 Questions are still swirling around the immigration raids that President Donald Trump said he launched over the weekend, but one thing is certain: Many immigrants caught in their net will be sent into a court system already crippled by a vast backlog of cases.

Frustrated with the slow pace of deportations from the courts, the Trump administration has taken aggressive steps to speed decisions and move people out of the country more quickly. But those measures have largely backfired, adding to the immense logjam of people awaiting life-changing decisions.

Officials blame the continued explosion of the court caseload on the increasing number of migrants, mostly from Central America, who are seeking asylum. But an analysis of court data by The Marshall Project shows that under the Trump administration, the immigration court backlog has grown much faster in one year than the inflow of migrants—at a rate almost three times that of new cases coming into the courts.

According to interviews with judges, lawyers and court staff, many of the moves by the administration—designed to accelerate the courts and eliminate policies from President Barack Obama—have slowed them even more, making it harder for judges to move cases efficiently, extending processing times and compounding a nationwide backlog that has grown by 68 percent under President Trump to nearly 877,000 cases.

The administration acknowledged that it hasn’t been able to control the spiraling caseloads when it announced a sweeping rule change on Monday that would effectively deny asylum to most migrants from Central America. It would require them to seek asylum first from any country they pass through on their way to the United States and would only offer American protection after those claims fail.

Trump administration officials used their exceptionally broad powers over the courts to impose the most far-reaching changes of any administration, in an attempt to push immigration judges to decide more cases more quickly and limit access to asylum for the influx of migrants from Central America.