Home Court News How To Speed Up Your Spousal U.S. Immigration Case 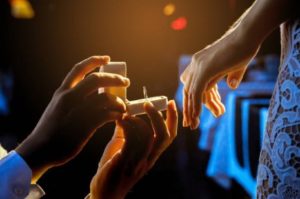 Recently, Congressional hearings considered the question of processing delays in U.S. immigration matters. One area that was identified where improvement was needed was with spousal sponsorships. If you look at the processing times published by the U.S. Citizenship and Immigration Service, they look quite reasonable for today’s applications. Yet to the untrained eye the processing times are deceptive, thus the reason why improvement is needed.

For example, an I-130 petition by a U.S. Citizen to sponsor his foreign spouse is taking about five months to be approved. You would think that is fairly reasonable. But that is not the end of the journey. Once the petition is approved, that foreign spouse has to either adjust her status inside the United States from her current status to permanent residence or apply abroad to enter the United States. This is where all the delays are encountered.

An internal adjustment of status application takes about five months. In other words, on average the whole process is going to take you about a year. If you also file an application for a work permit, your spouse can be working in a few months time. But being without work, even for just a few months, is a hardship for anyone and why should the whole process take a year?

For foreign spouses outside the U.S., after your I-130 petition is approved, the National Visa Center (NVC), the quarterback of the U.S. Consular system, takes over. It is the job of the NVC to collect all the paperwork needed to process an application abroad and then to hand it off to a U.S. Consulate for adjudication and approval. My experience is that normal cases can take at least a four to six-month at the NVC before the file moves to a U.S. Consular post for an interview and final processing. In other words, foreign-based spouses are very likely to wait at least a year before they are approved.