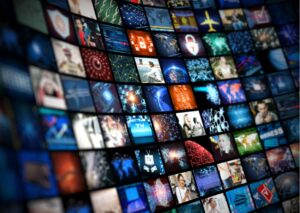 Known as the “melting pot” of people and cultures, the United States is home to approximately 45 million immigrants coming from all over the world. According to the Council on Foreign Relations, immigrants make up about 26% of the U.S. population and researchers have predicted that, by 2065, this number will likely increase to 36%.

Despite this seemingly welcoming environment to immigrants, studies show that many Americans wrongly believe that immigrants are poor, dependent on welfare and prone to violent behavior. This set of pernicious beliefs leads to discrimination against immigrants. These stereotypes result from misconceptions and false narratives propagated by proponents of far-right ideologies and amplified by the media.

In recent years, the two main factors influencing public opinion are prominent political personalities and the mass media. Perhaps the most infamous remarks against immigrants in recent history are those from former U.S. President, Donald Trump, singularizing Mexican immigrants as people “bringing drugs” and “crime” and being “rapists.” Mr. Trump’s offensive and ignorant statements were repeated widely by media outlets of all persuasions, often without providing much context or making an attempt to correct those false statements.

The more a message is repeated, the more likely it is to become a fact to the minds of many; even if it is untrue. As most people will not verify those “facts” for themselves, their only source of information are the media outlets online and on the airwaves. As a result, these inaccurate “facts” become gospel truth for them.

The frequent conflation and confusion of topics like “immigrants” and “refugees” in news outlets and social media create the perception of an oversized population of immigrants in our society. In turn, this causes Americans to perceive immigrants as a threat and as competitors for job opportunities and other resources such as health care and social benefits.

With so many people relying on television and the internet for information and entertainment, the views and opinions of public officials and media personalities matter.

The spread of misinformation on social media also adds to the negative perception towards immigrants, which leads to tensions and civil unrest.

With the media being the main determinant of public opinion, it has the power to either reinforce the anti-immigrant rhetoric or counter false narratives.

Immigrants all over the world suffer from enough alienation and discrimination as it is. Hence, it is our moral obligation to promote and protect their rights and give them a chance to integrate into our society, as distinct or foreign it may be to theirs.

To ensure that they are protected and that their cultural diversity is perceived positively, the government should look into the seemingly unchecked role of the media in the transmission of anti-immigration sentiments. Social media companies should put in place more stringent measures to identify and remove from their platforms fake news and pages that deliberately spread misinformation on the internet.

Freedom of speech is not absolute. When we use it to induce others to harm and commit violence towards other people, without any regard for its real-life consequences, government action is warranted.

It is imperative that we take the necessary steps to make sure that the stigmatization of immigrants does not become the norm in our supposedly pluralistic society. Until then, we remain vulnerable to misinformation and bigotry while the very lives of the marginalized people continue to be at risk.