Home Resources How Professional Immigrants are Reviving the US Midwest 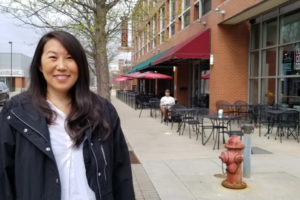 Small cities like Columbus, Indiana now represent the most rapidly diversifying parts of the United States.

Columbus, Indiana, the US – Surrounded by cornfields and rolling plains, the Indiana city of Columbus is a rapidly diversifying boomtown. A large part of that success comes down to a surprising trend: large, highly skilled immigrant communities.

People from around the world have moved here to work for multinational companies, from the Cummins engine plant, to the Toyota forklift manufacturer, to the technology firm LHP. Small Midwestern cities such as Columbus, in the traditionally conservative heartland, now represent the most rapidly diversifying parts of the country.

“My next-door neighbours are Indian; I also have people who are from Ukraine, who are [Arab], and from Guatemala, in my neighbourhood,” city councillor Elaine Hilber, whose parents immigrated to Indiana from Taiwan in the 1980s, told Al Jazeera.

More than 15 percent of the city’s population of around 50,000 is foreign born, while nearly a fifth speaks a language other than English at home. Columbus hosts associations for Chinese, Pakistani and Korean residents, among many others.

Boasting significant economic growth in recent years, the city is drawing immigrants to fill professional gaps and invigorate the region, even as United States population growth overall has dropped to its lowest rate since the Great Depression.

“It’s a win for us [Americans],” said Jina Krause-Vilmar, the CEO of Upwardly Global, a US non-profit that helps immigrants find jobs in the country. Nearly half of all immigrants coming to the US hold a bachelor’s degree, she noted.