Home Resources How PassRight Is Disrupting The Immigration Visa Process 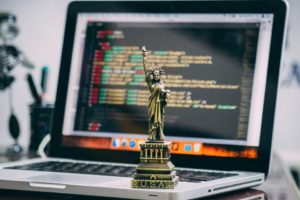 The United States has long stood as a beacon of hope and greater opportunity. Yet in today’s turbulent political climate, the reality of immigrating to the U.S. to forge a better life has disenchanted the proverbial American Dream. Given the Trump Administration’s approach to immigration – dismantling DACA, separating families at the U.S. southern border, attempting to revoke the country as a nation of immigrants – the American Dream has become the American Nightmare. Ironically, the President’s attempts to reduce immigration comes at a time when the country needs more and younger labor force to support (via taxes) a growing number of longer-living retirees. According to Pew Research Center projections, as the Baby Boom generation heads into retirement, “the most important component of the growth in the working-age population over the next two decades will be the arrival of future immigrants.” In the tech industry alone, studies have predicted that there will be an estimated 1.4 million open computing jobs by 2020, but only 400,000 US trained computer science graduates with the skills to fill them.

As the global economy heats up, so does the need for quality talent. The inability to obtain the proper visa and the right to work denies many the allure of job opportunities abroad. Can technology fix its own needs for skilled workforce? One start-up is attempting to do just that – to disrupt the notoriously difficult and ever-shifting landscape of job migration: PassRight, a company providing software as a service (SaaS) and related technical support to law firms focusing on immigration issues.

PassRight CEO Liran Rosenfeld’s struggle to find work in the United States as a foreigner is a familiar story. After successfully launching an entertainment project “Recast” in Tel Aviv, Rosenfeld wanted to expand his business to the United States. While his company garnered the interest of industry executives in Hollywood and Silicon Valley, Rosenfeld hit a roadblock when he wasn’t able to secure the proper work visa. Like many entrepreneurial immigrants, Rosenfeld found himself stuck in a stressful, convoluted situation.