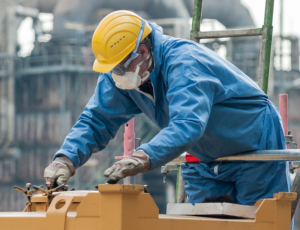 Today, the United States is home to the largest immigrant population in the world. More than 40 million people living in the U.S. were born in another country. With such large numbers, unsurprisingly, immigration has deeply impacted and shaped the U.S in a multitude of ways, the economy being one of them. With the influx of conflicting information and news, we must ask ourselves: what is factual and what is a common misconception regarding immigration’s impact on the U.S economy?

FACT: According to The Wharton School of the University of Pennsylvania, available evidence suggests that immigration leads to more innovation, a better-educated workforce, greater occupational specialization, better matching of skills with jobs, and higher overall economic productivity. In 2016, immigrants added $2 trillion to the U.S. GDP. And in 2018, after paying $458.7 billion in the state, local, and federal taxes, immigrants were left with $1.2 trillion in spending power, which they used to purchase goods and services, thus boosting local businesses and the economy overall.

FACT: The U.S. economy is dynamic, not zero-sum; when one individual obtains a job, it does not mean another individual loses a job. According to the Brookings Institution, immigrants are taking an increasingly significant role in the American economy, one that is separate from that of native-born workers. Moreover, immigrants lower the cost of some labor activities, including childcare, food preparation, house cleaning and repair, and construction, and provide more demand for housing.

As of April 2022, there are “7.4 million job openings, but there are only 6 million unemployed workers,” said Dr. Jose Bucheli, professor of Economics at New Mexico State University. The industries with a higher share of immigrant workers are seeing higher rates of unfilled jobs due to the pandemic’s travel restrictions, closure of the borders, and consulates and embassies across the world not processing visas and not processing applications for immigrants.