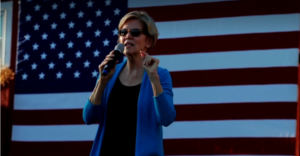 ST. LOUIS (Reuters) – One evening last fall, Jawad Rahimi held forth in his downtown bodega as a steady stream of hockey fans en route to a St. Louis Blues game mingled with his neighborhood regulars.

A native of Afghanistan who arrived 16 years ago as a refugee from Azerbaijan, Rahimi has become a fixture in a city center beset with vacant homes and abandoned buildings. A typical day brings a steady flow of customers who come for beer, snacks or just to banter in his St. Louis corner store.

“I think they’re addicted to me,” he said, nodding to the patrons who traded friendly banter with him as they bought snacks and drinks and lottery tickets.

Indeed, St. Louis – and more than a dozen other cities in heartland states which were as often as not carried by Donald Trump in 2016 when curbing immigration was a central plank of his campaign – is hooked on Rahimi and those like him who are serving as economic props for sometimes troubled urban areas.

A dentist by training, the 46-year-old worked in an embroidery shop as he learned English before opening his store. He is now raising two daughters here.

“St. Louis was a good place to start,” he said.

Between 2010 and 2018, if not for the influx of 15,000 foreign-born residents who arrived here, St. Louis’s chronic population shrinkage would have been more than double the 10,000 recorded in that span.

Moreover, a Reuters analysis of census data covering that period shows immigration reversed what would have been outright population declines in 18 cities, including Detroit, Milwaukee and Akron, Ohio, rust belt manufacturing towns in swing states where the 2020 presidential election will be decided.

In St. Louis and elsewhere, immigrants are helping arrest population decline in urban areas caught on the losing end of an internal U.S. trend. Increasingly, people and jobs are concentrating in a few dozen high-performing metropolitan areas, leaving others struggling to maintain population, economic growth rates, or both.