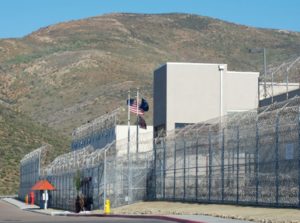 After months of sustained pressure, immigrants’ rights activists clinched a major victory in Williamson County, Texas, in June 2018. In a room packed with local organizers, the county commission voted to terminate contracts with ICE and CoreCivic—the second-largest private detention company in the country—which together held 500 women in detention at the nearby T. Don Hutto Residential Center.

Yet the center didn’t close. ICE simply cut the local government out of the equation and signed a short-term contract directly with CoreCivic to keep the detention center open. It sought to lock in long-term control over the center and two other Texas detention centers by posting solicitations for 10-year private contracts.

The Trump administration’s draconian immigration enforcement has triggered growing pro-immigration activism around the country, and with it, increasing public pressure on elected officials to reevaluate their relationships to immigration detention. In the face of congressional inaction on immigration, many immigrants’ rights advocates have shifted their focus locally: to state, county, and municipal policymakers who can intervene directly in their jurisdictions to curtail ICE detention.

In response, the agency is creating a new playbook. It’s taking state and local efforts to block or limit its detention operations less as defeats than as temporary hiccups that it can overcome by pursuing direct contracts with its favored private providers. In some cases, ICE is combining this with finding jurisdictions with friendlier officials.

“We’re starting to see that when [local populations] become aware of how this agency is operating near their homes, they express some concern,” said César Cuauhtémoc García Hernández, a law professor at the University of Denver who studies immigration detention. “In many communities, that concern is developing into sufficiently well organized advocacy networks that are able to either pressure local governments to stop coordinating with or contracting with ICE, or at least make business as usual more difficult for private prison corporations.”