Home Economics How Governments Use Immigration to Boost Their Economies 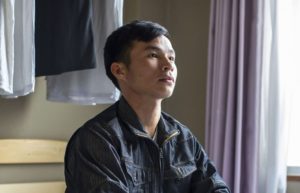 Governments the world over are grappling with how to make immigration work for their economies without fanning political flames. Nativism helped crystallize support for Brexit in the U.K. and almost cost German Chancellor Angela Merkel a fourth term. President Trump says the U.S. immigration system is “broken”—and while some of his opponents may grudgingly agree with that, there is little common ground on how to repair it.

For inspiration on possible fixes, Americans might look north to Canada, which uses a points-based system to screen economic migrants—a group that makes up almost 60% of its immigrants. The method, which factors in criteria such as education and work experience, is a reason only 27% of Canadians regard immigrants as a burden on their country—the lowest percentage among the 18 nations surveyed in a Pew Research Center poll released in March.

That pro-immigration consensus is absent in Japan, where migrants make up less than 2% of the population. There, the government is treading cautiously as it rolls out a five-year residency permit designed to alleviate critical shortages of workers in several industries. By comparison, Latin America’s policy response to the Venezuelan exodus has been hasty and improvised and threatens to give rise to an underclass of undocumented workers. The stories that follow detail how Canada, Japan, and Colombia are dealing with immigration and include interviews with recent arrivals. —Michelle Jamrisko

Mexicans toiling in America’s chicken processing plants, Indians sweltering on Dubai construction sites, Filipina nannies tending to the children of Malaysia’s middle class. They’re among the world’s estimated 164 million guest workers, according to the International Labor Organization. The jobs are often hard and sometimes dangerous, but the money these workers wire home—$480 billion in 2017, according to the United Nations—makes the risks worth taking. “Poverty in the sending countries is what keeps the whole thing going,” says historian Cindy Hahamovitch, author of No Man’s Land, a 2011 book about migrant labor programs.