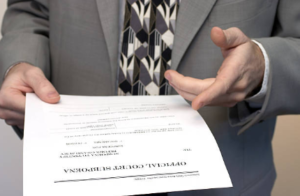 (CNN) The House Judiciary Committee on Wednesday issued a subpoena for documents related to reports of President Donald Trump offering pardons to administration officials in his push to further his immigration agenda.

The subpoena to the Department of Homeland Security announced Wednesday targets Trump’s reported dangling of pardons. It represents another step in the committee’s investigation into potential obstruction of justice and abuses of power by the President as it looks to determine whether to recommend articles of impeachment.

“The Framers did not envision the use of the presidential pardon power to encourage criminal acts at the President’s direction,” said House Judiciary Chairman Jerry Nadler, a Democrat from New York, in a statement. “As the Committee continues its investigation into whether to recommend articles of impeachment, it is imperative that we are able to obtain information about ongoing presidential misconduct and abuses of power.”

The Democratic-led committee has been ramping up its subpoenas of the administration, moving in July to authorize subpoenas for two separate issues: an array of documents and testimony related to the administration’s immigration policies and to former and current administration officials, including the President’s son-in-law Jared Kushner, as part of its probe into potential obstruction of justice.

Last week, The Washington Post reported that the President, in his push to make good on his promise to supporters by Election Day, told officials he would pardon them should they break any laws in attempting to finish construction on the wall at the US-Mexico border.

CNN previously reported that the President told then-Customs and Border Protection Commissioner Kevin McAleenan he would grant a pardon if McAleenan were sent to jail for having border agents block asylum seekers from entering the US. Trump has denied reports he offered pardons.

In April, the House Judiciary Committee sent a letter to McAleenan requesting information from the administration about reports of pardons. The committee noted in its release Wednesday that it followed up with a second letter in May.