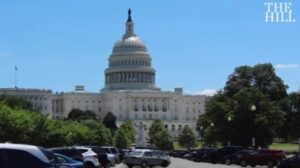 The House Judiciary Committee late Monday approved the immigration language for the upcoming reconciliation bill being used for the Democrats’ $3.5 trillion spending plan, which the party hopes to approve without any Republican support.

The proposal advanced shortly before midnight gives shape to what had previously been an abstract push to grant a pathway to citizenship to millions of immigrants who are either undocumented or cannot currently apply for permanent status.

Under the proposal, which passed on a 25-19 party line vote, an estimated 8 million undocumented Dreamers who arrived in the United States as minors, beneficiaries of the Temporary Protected Status (TPS) program and undocumented essential workers will be allowed to apply for permanent residency.

Currently, people without legal status or in temporary humanitarian programs like TPS are not allowed to apply to change their immigration status.

Foreign nationals who receive permanent resident status, also known as a green card, become eligible to apply for citizenship after a period of time that can range from three to five years.

The Democratic proposal, submitted by Judiciary Committee Chairman Jerry Nadler (D-N.Y.), would allow its beneficiaries to apply for permanent residency, provided they pass background checks, pay $1,500 on top of any other statutory fees to receive a green card and fulfill certain presence requirements, depending on their current status.

The bill also includes language on reclaiming unused visas, a procedure that could allow the Biden administration to speed up traditional legal immigration channels while granting the 8 million new legal permanent residencies.

The language on the House side offers a glimpse into details of the language Democrats hope to get approved by the Senate parliamentarian in an effort to fit immigration provisions into a reconciliation bill.

For that to happen, the provisions must be ruled by the parliamentarian to have a direct fiscal effect.