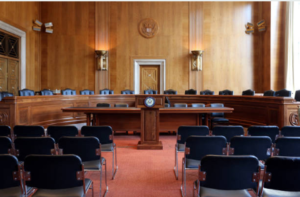 House Republicans head into a critical two days of immigration negotiations Wednesday without a clear way to resolve a years-long, intraparty policy disagreement over the legal status of so-called “Dreamers” as the threat of a discharge petition lingers in the background.

GOP leaders are still in talks with members of their conference about how best to protect the young undocumented immigrants brought to the U.S. as children — roughly 700,000 who have been sheltered from deportation with temporary work permits obtained through the Deferred Action for Childhood Arrivals program — but have yet to figure out how to bridge a divide between moderates who want to offer Dreamers a pathway to citizenship and conservatives who view that as amnesty.

“There was a lot of work over the break but no breakthroughs yet,” Chief Deputy Whip Patrick McHenry said Tuesday night as the House returned from its Memorial Day recess.

The group of lawmakers involved in the negotiations talked over the recess and will have a more formal meeting Wednesday. They’re hoping to have some ideas ready to present to their colleagues when the full GOP conference meets for two hours Thursday morning to discuss the issue.

Moderate Republicans leading a discharge petition to force a floor vote on existing bills — none of which have broad support from all factions of the conference — have signaled that if there’s no agreement reached by Thursday they will put up the last few signatures needed on the petition.

The goal of the negotiations is to develop a bill that most Republicans can support and can become law, a breakthrough that if reached would involve terminating the discharge petition.

McHenry said “a lot of sticking points” remain but declined to list the divisions that have existed for weeks — if not months and years.

“The contours are what the contours are. There’s no sea change in the last two weeks,” the North Carolina Republican said, acknowledging negotiations this week are pivotal.