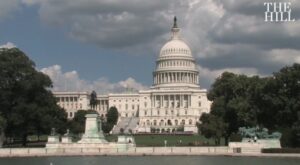 The House Appropriations Committee on Tuesday sought to recapture visas that would be lost due to coronavirus delays and Trump administration policies as it pushed forward the broader Department of Homeland Security funding bill.

The bill provides $52.81 billion in funding for the department and its agencies, including those that patrol the border.

But Tuesday’s markup added several provisions to the bill that would expand the number of visas offered to temporary workers while working to reverse the impact of various policies from former President Trump.

Lawmakers voted to include an amendment from Rep. Grace Meng (D-N.Y.) that would allow unused visas from fiscals years 2020 and 2021 to remain available into next year.

Doing so will help the 55,000 winners of the diversity visa lottery, many who were unable to be fully processed as COVID shuttered many State Department consulates and vastly limited their capacity.

The move follows alarm from advocates that the State Department’s slow processing of visas during COVID was helping carry on Trump administration goals to limit family-based migration.

Another adopted amendment from Meng would also allow for visas to those impacted by Trump’s so-called Muslim ban.

“Just passed my amendment in committee to allow thousands of expired visas to be made available to those who were denied or refused admission bc of previous Muslim ban. It’s time for US to uphold promise we made and right the wrongs created by discriminatory ban,” Meng wrote on twitter after the amendment was adopted.