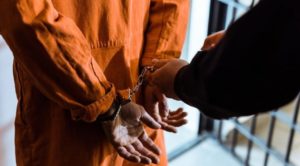 Congressman Jesús G. “Chuy” García’s (D-Ill.), “New Way Forward Act,” H.R. 5383, was referred to the Subcommittee on Immigration and Citizenship on Jan. 30. It is cosponsored by 43 of Garcia’s fellow Democrats, four of whom are on the subcommittee, including Pramila Jayapal (D-Wash.), the Vice Chair. The bill is supported by more than 145 advocacy groups.

It is also the most ill-advised immigration legislation I have ever seen.

Garcia claims his bill would correct racial and anti-immigrant injustices embedded in our immigration laws, but the bill’s main provisions would simply protect aliens who are subject to deportation because they have committed crimes.

Implementation would bury an already overwhelmed immigration court under an avalanche of new cases; it would allow dangerous criminals to remain in the United States, and it would use tax dollars to bring deported criminals back.

These laws are the main deterrents to illegal entries, and the bill fails to provide other means of deterrence.

According to a new TRAC report, illegal entry prosecutions fell recently. Resources have been devoted instead to prosecuting other types of federal offenses such as drug offenses, weapons, and white-collar crime.

While decriminalizing illegal entry should be no surprise in a Democratic immigration bill — it’s been discussed in presidential debates after all — it’s the other provisions in Garcia’s proposal that are jaw-dropping.

Would give old crimes a pass

The bill would create a statute of limitations to prohibit the initiation of removal proceedings more than five years after the date on which an alien became deportable or inadmissible, and this would apply retroactively to removal orders issued before the date on which the New Way Forward Act is enacted.

This doesn’t make sense. Does a dangerous criminal stop being dangerous when five years have passed since his conviction?

BY NOLAN RAPPAPORT for THE HILL
Read Full Article HERE