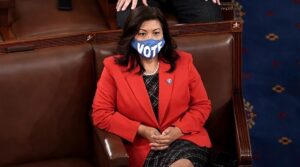 A group of 48 House Democrats called on leaders in the Appropriations Committee to assign $75 million in funding to pay for legal representation for immigrants facing potential removal proceedings in immigration court.

In a letter led by Rep. Norma Torres (D-Calif.), the lawmakers called on Rep. Matt Cartwright (D-Pa.), chair of the Subcommittee on Commerce, Justice, Science, and Related Agencies, and Rep. Robert Aderholt (Ala.), the top Republican on the panel, to fund expansion of a pilot program that provides legal representation to some unaccompanied minors and individuals with mental disabilities.

But the consequences of judgements in immigration court can be devastating, separating families, as well as individuals from their work, businesses and possessions in the United States.

According to the American Immigration Council, detained immigrants with counsel are four times more likely to be released from detention, and only 37 percent of immigrants secure counsel.

“Legal representation is the most determinative factor in ensuring people facing removal have a fair day in immigration court. If represented by counsel, people are five times more likely to obtain legal relief compared to those who are unrepresented,” wrote Torres.

Torres added that representation has been shown to make cases flow more smoothly, which could help reduce the backlog in immigration courts — among other reasons because immigrants who secure representation are more likely to appear for their court dates.

Studies of immigration court data over the past decade have found that people represented by counsel appear in court over 96 percent of the time,” wrote Torres.