Immigration advocates have set up a hotline for reporting raids and other enforcement activity as they brace for President Trump to make good on his promise to crack down on those illegally here. More “rapid response” efforts are on the way. 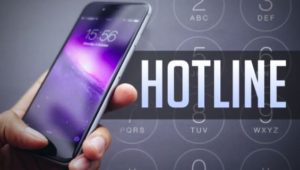 Last Thursday, rumors began circulating about an immigration raid in South Seattle. It’s the kind of activity that immigrant advocates have been bracing for under President Donald Trump, who has promised to crack down on illegal immigration.

There didn’t seem to be a raid after all. The rumors appear to have been sparked by arrests linked to an alleged prostitution ring involving Asian sex workers, said Sandy Restrepo, executive director of Colectiva Legal del Pueblo, a nonprofit provider of legal services.

But that wasn’t known for hours, until a Justice Department press release came out.

A new hotline for reporting enforcement activity aims to allow “rapid response” teams to check out such rumors as they’re happening, and provide referrals to lawyers and other services when people are detained. It will also track allegations of improper behavior by immigration officials, such as arrests made at churches, schools and other “sensitive locations,” as designated by the federal government.

The hotline (844-RAID-REP, or 844-724-3737) was started by Restrepo’s organization, the Northwest Immigrant Rights Project (NWIRP), and several other groups belonging to the recently formed Washington Immigrant Solidarity Network. It will operate seven days a week from 6 a.m. to 9 p.m. About 70 volunteers, who speak Spanish and English, have signed up to staff it so far, and can take calls from anywhere by logging onto an online system, according to Restrepo.