Home Resources Hootsuite caught up in US immigration ICE controversy 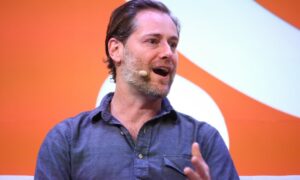 Canada-based tech company Hootsuite, well known for its social media management software tool, has responded to claims that it has partnered with US Immigration and Customs Enforcement (ICE). The Vancouver firm has confirmed that they will not now be providing services to ICE, following a tweet reportedly posted by Hootsuite employee, Sam Anderson. Anderson was upset by the prospect of the social media management company teaming up with ICE.

The tweet said: “Been debating talking about this publicly because I don’t want to get fired, but it seems like the cat’s already out of the bag so whatever: yesterday Hootsuite signed a three-year deal with ICE. Over 100 employees have been extremely vocal in their opposition to this deal.”

Online publication BIV is understood to have reached out to Anderson for clarification on the tweet. “An invitation to interview has not yet yielded a response,” BIV said.

Over 2,000 likes to the tweet about Hootsuite ICE deal
Anderson’s tweet has already racked up 2,600 likes and more than 1,400 retweets.

In response to recent media reports concerning forced hysterectomies in a US immigration detention facility, Anderson posted: “That we are eagerly accepting money from an organization that is allegedly subjecting its female detainees to forced hysterectomies, that has a documented history of locking children in cages, that tears families apart and destroys lives is devastating and disgusting in a way … that I can’t effectively put into words.”

“Even more heart-breaking is that multiple members of our Mexico City support team have relayed their personal experiences being targeted and harassed by ICE and our leadership team chose to push this deal through anyway,” Anderson posted in another tweet.

Hootsuite says that they have terminated ICE contract
Hootsuite have confirmed that they will no longer continue with their partnership with ICE.