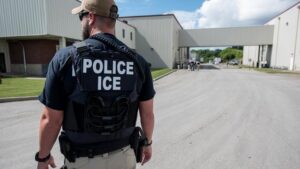 The Department of Homeland Security on Tuesday moved to scrap a contract signed at the tail end of the Trump administration that could have allowed a union of deportation officers to stall the implementation of certain immigration policy changes.

The agreement signed the day before President Biden’s inauguration by Ken Cuccinelli, the second-in-command at DHS at the time, gave a union representing Immigration and Customs Enforcement (ICE) deportation officers the ability to “indefinitely delay” the implementation of agency policies, according to a whistle-blower complaint filed by the Government Accountability Project.

“The agreements grant NIC 118 extraordinary power and benefits — far more than what DHS agreed upon with its other employee unions which did not endorse President Trump,” the Government Accountability Project said in its complaint.

A DHS spokesperson said the Chief Human Capital Officer at DHS notified ICE and the union in writing that the agreement had been “disapproved.”

“As part of routine process and provided for by statute, the Department conducted a review of the terms of the agreement and determined that it was not negotiated in the interest of DHS and has been disapproved because it is not in accordance with applicable law,” the DHS spokesperson told CBS News on Tuesday.

“DHS will make policy decisions in accordance with the law and based on what’s best for national security, public safety, and border security while upholding our nation’s values,” the spokesperson continued.

Under a federal law, an agency head has 30 days to review and approve or disapprove such an agreement once it is signed.

The whistle-blower complaint accused Cuccinelli of “gross mismanagement, gross waste of government funds and abuse of authority” over the labor agreement.