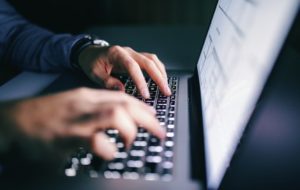 The H-1B statutes are lobbyist-written and carefully crafted to be misleading to the casual reader. The “prevailing wage” is one area where there has been great confusion; in particular H-1B wage levels. The H-1B wage or skill levels are entirely a bureaucratic creation that have no relation to the job market.

The source of the H-1B Wage Levels is the Bureau of Labor Statistics Occupational Employment Statistics (OES). The BLS puts out a wage survey every May. The OES survey gives by occupation and location the average salary, the 10th, 25th, 50th, 75th, and 90th percentile wages. The 50th percentile (median) is what normal people call “the prevailing wage”. In fact, the Department of Labor’s (DOL) regulations required it (or the mean if the median is not available).

The State of Utah has had a contract for decades to manage foreign labor certification data. Until 2004 and apparently without any statutory authority, they had been taking the OES survey and then interpolating the data to create approximations of the 17th and 66th percentile wages and putting them out as a high and low prevailing wages.

Employers were routinely using the 17th percentile wage supplied by this website and claiming it was the “prevailing wage” in H-1B labor condition applications (LCAs) even though this did not meet the requirements under regulation for a prevailing wage.

However, the Department of Labor is required to approve all H-1B LCAs within 14 days as long as the form is filled out correctly, so employers can put down nearly anything as the prevailing wage and get it approved. The Utah system provided an extremely low wage that had the appearance of being government-approved even if it was not lawful.

4) Where the Secretary of Labor uses, or makes available to employers, a governmental survey to determine the prevailing wage, such survey shall provide at least 4 levels of wages commensurate with experience, education, and the level of supervision. Where an existing government survey has only 2 levels, 2 intermediate levels may be created by dividing by 3, the difference between the 2 levels offered, adding the quotient thus obtained to the first level and subtracting that quotient from the second level.