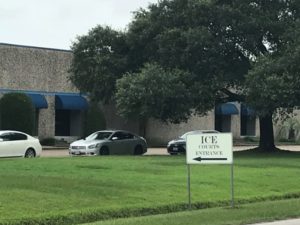 Some experts say Trump administration policy changes have contributed to the unprecedented and growing number of pending cases.

Texas saw a 30% increase in pending immigration cases over the last two years, reaching a backlog of more than 119,000 cases, according to a report by Syracuse University. That’s nearly 30,000 cases more than in September 2016.

Since Trump took office, the number of cases pending nationwide grew nearly 50% to more than 809,000.

Immigration attorney Julie Pasch said a number of policy changes may have contributed to the backlog. One such change is that judges no longer have the authority to administratively close certain cases. Another potential factor is dockets being reshuffled, according to Pasch.

Pasch also said the shift in ICE priorities, which focuses on deporting all undocumented immigrants, not just criminals, has likely contributed to the increase in pending cases.

“Part of what’s clogging up the courts is there are all these people that the Trump administration sees to be priorities for removal because everybody is a priority for removal,” said Pasch. “And it’s taking immigration judges’ time away from cases where there are legitimate controversies.”

The backlog means detained immigrants will spend months longer behind bars, even though detained cases are prioritized in the courts and tend to move much faster.

“If you look at the average time it takes for a case to be completed, even under real priority situation, it’s gone up from 120 days on average, which is four months, to 173 days,” said Susan Long, director of Syracuse University’s TRAC research center, which tracks immigration law enforcement data.

Non-detained immigrants face even longer wait times, though they are given work permissions while they wait. Some court dates are scheduled as far out as 2022.

Houston’s courts also saw an increased backlog, with the number of pending cases now over 53,000.