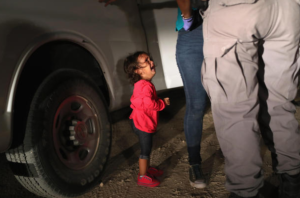 LOS ANGELES — The Trump administration on Thursday dramatically increased the number of migrant children it says have been separated from their parents at the border. Now, the head of Health and Human Services (HHS) says his department is ready to reunite those children.

Just this week, Perla De Velasquez reunited with her 12-year-old daughter after being separated for over a month. But immigration attorneys are quick to point out that reunions like hers aren’t happening fast enough.

On Thursday, HHS Secretary Alex Azar confirmed there are still “under 3,000” immigrant children separated from their parents in federal custody. About 100 of those are children under five years old.

To comply with a federal court order, children four years old and under must be reunited with their parents by next Tuesday, and those between five and 17 have to be reunited by July 26.

“While I know there has been talk of confusion, again any confusion is due to a broken immigration system and court orders,” Azar said. “We know our mission, we know our tasks and we’re executing on it.”

“HHS and in some cases DHS healthcare personal collect those by a cheek swab. It is painless and harmless to the child,” White said.

Jonathan Ryan, the executive director of the Refugee and Immigrant Center for Education and Legal Services (RAICES), is working closely with families separated at the border. He says he’s skeptical about the DNA testing.

“This is really an invasion into the most intimate, private matter and data that we have on ourselves, our DNA,” he said.

Meanwhile, De Velasquez and her daughter may be back together, but they’re still fighting for asylum in separate immigration cases — two out of more than 300,000 pending requests for asylum.

In several cases, CBS News has heard of parents being detained in one state, while their child is shipped across the country. On Thursday, HHS said they’re moving parents to detention centers closer to their kids, so once they verify a biological connection, they can quickly reunite them.