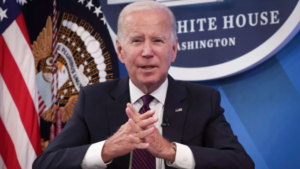 People seeking green cards and visas will no longer be subject to a test of how much they’d likely rely on Medicaid and other government benefits in the future under a Department of Homeland Security rule published on Thursday.

Driving the news: The Biden administration moved to rescind a contentious Trump administration policy that sought to restrict legal immigration by people likely to subsist on government benefits.

Critics said the “public charge” rule had a chilling effect on people seeking care for themselves or family members during the pandemic, especially if they were uninsured.

Medicaid coverage, housing and food assistance were among the criteria considered in public charge determinations added by the Trump administration.

As many as 400,000 people every year could be denied green cards or visas because of the new rules, Rand estimated.

The Biden administration stopped enforcing the rule early in the administration, but the new rule reverts federal standards to the way they have been since the late 1990s, with a few enhancements.

Flashback: The public charge rule was successfully challenged in court, but the decision was stayed. The rule was finally rendered unlawful in 2021.

The Trump administration public charge rule “likely instilled a lot of fear in immigrants to apply for these benefits not only for themselves but also for family members who may have been citizens due to fear of exposing their documentation statuses,” Drishti Pillai, director of immigrant health policy at the Kaiser Family Foundation, told Axios.

Polls found about one quarter of potentially undocumented Hispanic adults surveyed in 2021 did not seek out assistance for themselves or a family member due to fears of retaliation.

Yes, but: Not all immigrants are eligible for health coverage under Medicaid, and many people have to wait five years or longer to access that care.