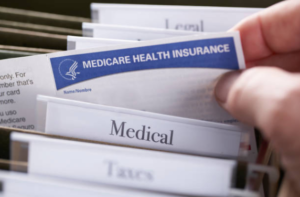 Harry Reid has some thoughts on the leftward tilt the Democratic party has made since his retirement in 2017.

In a Tuesday interview with Vice News, the former Nevada senator and Democratic Senate majority leader offered his opinions on some 2020 candidates’ platforms, and how he thinks they can beat President Trump.

First things first: stop supporting Medicare-for-all. “How are you going to get it passed?” he asked, suggesting that candidates instead “focus on improving ObamaCare,” legislation which he helped pass in 2010. A recent poll by the Kaiser Family Foundation found that 74 percent of Americans favor some form of a Medicare-for-all plan, and another found only 46 percent of Americans feel the same way about the Affordable Care Act. The single-payer health care plan, which Reid called “much harder to sell,” has been adopted by some presidential candidates, most notably Sens. Bernie Sanders (I-Vt.) and Elizabeth Warren (D-Mass.).

Reid also placed himself firmly on one side of another liberal wedge issue: immigration reform.

“There are so many more important things to do. Decriminalizing border crossings is not something that should be at the top of the list,” he said, adding that he thought support for lenient immigration laws would hurt candidates in the general election.

Reid declined to endorse a candidate before February’s Nevada caucus, but weighed in on the frontrunners. He said he thought “the world” of former Vice President Joe Biden, who aligns with Reid on immigration and healthcare. And despite diametric opposition to her health care and immigration plans, Reid also added that “everyone has to be impressed” with Warren, his former Senate colleague.