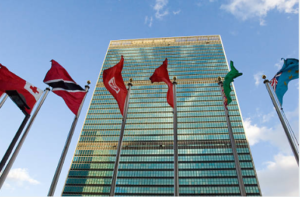 Washington (CNN)- US Ambassador to the UN Nikki Haley rebuked the Office of the United Nations High Commissioner for Human Rights for “hypocrisy” in its call for an end to a Trump administration policy that could lead to the separation of families detained on the US southern border.

“Once again, the United Nations shows its hypocrisy by calling out the United States while it ignores the reprehensible human rights records of several members of its own Human Rights Council,” Haley said in a statement Tuesday.

“While the High Commissioner’s office ignorantly attacks the United States with words, the United States leads the world with its actions, like providing more humanitarian assistance to global conflicts than any other nation,” she continued. “We will remain a generous country, but we are also a sovereign country, with laws that decide how best to control our borders and protect our people. Neither the United Nations nor anyone else will dictate how the United States upholds its borders.”

Haley’s statement comes after the human rights office earlier Tuesday expressed “deep concern” for the US’ “zero-tolerance policy” during a press briefing in Geneva, saying “the practice of separating families amounts to arbitrary and unlawful interference in family life, and is a serious violation of the rights of the child.”

“The use of immigration detention and family separation as a deterrent runs counter to human rights standards and principles,” spokesperson Ravina Shamdasani said. “The child’s best interest should always come first, including over migration management objectives or other administrative concerns.”

“The US should immediately halt this practice of separating families and stop criminalizing what should at most be an administrative offense — that of irregular entry or stay in the US,” Shamdasani continued. “We call on the US authorities to adopt non-custodial alternatives that allow children to remain with their families and fulfill the best interests of the child, their right to liberty and their right to family life.”