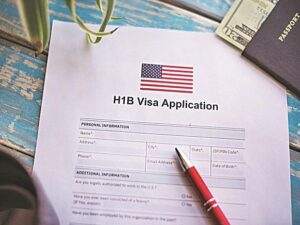 Processing of non-immigrant visas, including H1B cases, are taking a backseat for now as the Joe Biden admin turns its attention to more than 470,000 immigrant visa cases pending in US consulates

Processing of non-immigrant visas, including H1B cases, are taking a backseat for now as the Joe Biden administration turns its attention to more than 470,000 immigrant visa cases currently pending in US consulates across the globe – a 7x year on year uptick in this category since January 2020, according to latest data from US government.

Secretary of Homeland Security Alejandro Mayorkas was non-committal on whether Trump era bans on H1B (which expires on March 31) would be lifted or how the Biden administration plans to proceed. “You know, I don’t really — I hate to end the questioning on a question, the answer to which I am not certain,” he said at a White House briefing Monday. “Individuals fleeing persecution” is a high priority, Mayorkas explained.

Pointing to the US job market meltdown during the pandemic, former President Donald Trump had frozen permanent residency for immigrants and halted temporary work visas for skilled workers, managers, and au pairs in the H-1B, H-4, H-2B, L-1, and J categories.

On February 24, the Biden administration issued a proclamation revoking the Trump ban that blocked individuals from entering the United States on immigrant visas but did not lift the freeze on H-1B, J-1, and L-1 visas, which remain in effect and are set to expire on March 31.

In two separate briefings on Monday, the Biden administration made it clear that non-immigrant visa cases are not the priority right now.