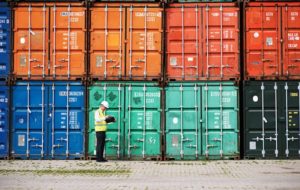 Updated I The Trump administration appears to be distancing itself from claims it has been considering ending the practice of extending H-1B visas during the green card application process.

If the proposed change—which was first announced as part of Trump’s “Buy American, Hire American” plan on the 2016 election campaign trail—were approved, it could potentially see hundreds of thousands of predominantly Indian H-1B visa holders forced to leave the U.S.

However, Jonathan Withington, chief of media relations of the U.S. Citizenship and Immigration Services (USCIS), said that while the agency is examining other potential policy changes as part of the “Buy American, Hire American” executive order signed by the president last April, the H-1B extension policy was not expected to change.

“The agency is considering a number of policy and regulatory changes to carry out the president’s ‘Buy American, Hire American’ executive order, including a thorough review of employment-based visa programs,” Withington told Newsweek.

“We are not at liberty to discuss any part of the predecisional processes; however, all proposed rules publish in the federal register, and USCIS posts all policy memoranda on our website,” he said.

“What we can say, however, is that USCIS is not considering a regulatory change that would force H-1B visa holders to leave the United States by changing our interpretation of section 104(c) of AC-21, which provides for H-1B extensions beyond the 6-year limit.”

“Even if it were, such a change would not likely result in these H-1B visa holders having to leave the United States because employers could request extensions in one-year increments under section 106(a)-(b) of AC21 instead,” he added.

The statement comes following backlash from lawmakers and business leaders in both the U.S. and India to reports that the Trump administration was considering changing its visa extension policy.

Immigration Voice, an advocacy group campaigning on behalf of H-1B workers, said it was “ecstatic” over the news that USCIS is not planning on changing its H-1B extension program.