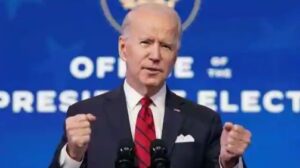 Biden will send a comprehensive immigration bill to Congress, which among other things proposes to eliminate the per-country cap for employment-based green cards

Washington: Joe Biden, hours after being sworn in as the 46th President, will send a comprehensive immigration bill to Congress which among other things proposes to eliminate the per-country cap for employment-based green cards, a move that would benefit hundreds and thousands of Indian IT professionals in the US, whose current wait period for legal permanent residency runs into several decades.

Called the US Citizenship Act of 2021, the legislation modernizes the immigration system, according to an incoming White House official.

It prioritizes keeping families together, grows the country’s economy, responsibly manages the border with smart investments, addresses the root causes of migration from Central America, and also ensures that the US remains a refuge for that fleeing persecution, said the official, who spoke on condition of anonymity.

Describing this as a common-sense approach to solving immigration challenges, focusing on what works, the US Citizenship Act 2021 creates a roadmap to citizenship for a population that lives and works in the United States.

January 1, 2021, is the cut-off date for those undocumented workers. Two-thirds of undocumented immigrants have been in the US for 10 years or longer.

They can apply for citizenship three years later. For those who don’t meet those qualifications, there will be another path to citizenship, where they would be in an interim status for five years.

Afterward, they would be eligible to apply for citizenship within three years after becoming green cardholders.

According to the incoming White House official, the bill reforms the family-based immigration system by recapturing unused visas to clear the backlog, eliminating the lengthy waits, and it increases their per-country visa caps.