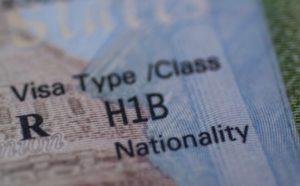 It’s been a year of big changes for the H-1B visa—and things aren’t done yet. The next 12 months could fundamentally change everything about the visa, from who can obtain one to which types of companies will face higher rejection rates.

If current trends hold, the Trump administration will continue to tighten the screws on the H-1B application process. That’s great news for those who believe that tech and consulting companies regularly abuse the visa in order to import cheaper labor. It could also prove very bad for those companies that depend on the visa to secure what they view as highly specialized talent.

Between 2015 and 2019, the denial rate for H-1B petitions for initial employment has risen at many companies, according to a handy breakdown (PDF) by the National Foundation for American Policy (which analyzed data from U.S. Citizenship and Immigration Services (USCIS)). Within big tech, the percentage increases are small but nonetheless noticeable:

At consulting and business-services firms, though, the denial rate has spiked even more precipitously over the four-year period. “At least 12 companies that provide professional or IT services to other U.S. companies, including Accenture, Capgemini and others, had denial rates over 30 percent through the first three quarters of FY 2019,” read the National Foundation for American Policy’s report on the matter. “Most of these companies had denial rates between 2 percent and 7 percent as recently as FY 2015.”

(If you look at IBM’s spike in denials in the first visualization, you can surmise that’s due to its business-services operations, as well.)

It seems unlikely that the USCIS crackdown will abate in 2020. In a statement to Mother Jones, a USCIS spokesman framed the agency’s recent moves as “designed to protect U.S. workers, cut down on frivolous petitions, strengthen the transparency of employment-based visa programs, and improve the integrity of the immigration petition process.”

That crackdown has taken many forms above and beyond rejecting initial H-1B petitions. For example, USCIS has pushed to end H-4 EAD, which allows the spouses of H-1B visa holders to work; its case for cancelation is currently winding its way through the court system. USCIS has also pushed a $10 registration fee for H-1B applications, and the companies petitioning for the visas are being subjected to more intensive questions about what exactly these workers will do if approved.