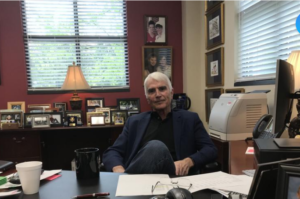 Gwinnett County Sheriff Butch Conway has renewed a controversial federal immigration program that seeks to detain and deport undocumented immigrants.The county partners with U.S. Immigration and Customs Enforcement on the program, known as 287(g). The agreement was due to expire June 30, but ICE officials urged Conway in a letter to return a signed extension before April 30. Conway, who received the notice Monday, signed it Tuesday.

The extension will remain in effect indefinitely.Conway was not available for an interview about his decision to extend 287(g), said Shannon Volkodav, the spokesperson for the department. But Conway said previously that he intended to continue the program as long as he was in office.

The federal program lets Gwinnett sheriff’s deputies hold foreign-born arrestees who are charged with committing local crimes and brought to the county jail. They can then be transferred to ICE for detention and possible deportation.In 2019, there were almost 5,000 sheriff’s deputy encounters in Gwinnett as part of the program, more than any other jurisdiction, according to ICE data. Nationwide, there were nearly 25,000 encounters from agencies that participated in the program.

Conway, a Republican, is not seeking reelection this year. There are two Republicans and four Democrats seeking to replace him.In a statement, the sheriff’s office said the program is “an important law enforcement tool that helps protect everyone in our community.”“This enhances public safety by keeping criminals from being released back into our community,” the statement said.Others dispute the claim.

Jerry Gonzalez, the executive director of the Georgia Association of Latino Elected Officials, said in an email that 287(g) undermines public safety and should not have been extended.The program “perpetuates a climate of fear among immigrant communities and perpetuates racial profiling by law enforcement,” he said. Gonzalez also said continuing the 287(g) partnership does not reflect the values of the county.