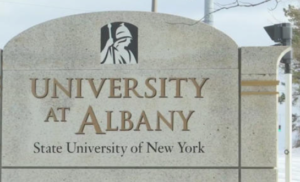 ALBANY, N.Y. (NEWS10) — UAlbany reports that a study of Guyanese immigration to Schenectady explains increases in foreign-born population did not affect neighborhood violent crime or property crime. Tyler Bellick, a graduate student at UAlbany, published his study Guyanese Immigration, Homeownership, and Crime in Schenectady, NY: 2000-2017, in October in the peer-reviewed journal City & Community.

Bellick states, “This project kicked off during the Trump presidency, and the immigrant-crime relationship was one of the most contentious public policy debates in the nation. Despite evidence to the contrary, prominent politicians and public commentators were justifying anti-immigrant policy proposals by asserting that immigrants were a crime-prone population. This historical moment provided an opportunity for our envisioned study to contribute to the relatively new scientific evidence base on this topic of social importance.” Bellick explains most existing studies of the relationship between immigration and neighborhood crime focused on Latino immigration and large cities. Bellick, and cowriters, Samantha Friedman, Michael Barton and Matthew Douglas, produced a unique study where they focused on a non-Latino immigrant group, focused on a small city, and considered the relationship between homeownership and crime.

“Our finding that increases in the foreign-born Guyanese population was not associated with changes in crime was not surprising, given that this is the most common finding in studies that examine the immigrant-crime relationship,” Bellick said, adding that the research also found increases in homeownership were “significantly associated with declines in some crime types, including murder.” Friedman pointed out that “the latter finding of the link between homeownership and crime is a novel finding that has not been examined in much previous research.”