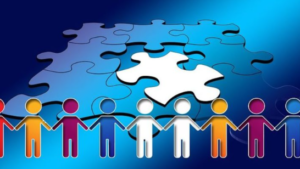 MORRISVILLE – Everyone knows the tech industry is in crisis. Facebook parent-company Meta recently reduced its workforce by 13 percent and with Elon Musk as “chief twit,” Twitter has laid off almost two-thirds of its workforce and terminated about 80% of its contract workers. Across the country, it’s estimated that over 73,000 tech workers have lost their jobs.

But if you’re ones of the immigrants who make up 20 to 30% of workers at these companies, the situation is even more dire. Suddenly thousands of people whose visas are directly tied to their employment — including hundreds at Meta and Twitter alone — have been left without jobs. If they can’t get new jobs within 60 days, they’ll be forced to leave the country. This reveals just how rigid our high skilled immigration system is—and why that lack of agility threatens American innovation.

I’ve written before about the major problems with our high skilled visa system. Immigrants must compete for an artificially constrained number of H-1B skilled-worker visas. Workers who win the lottery are anchored to the specific company that hired them, and can only change employers with great difficulty. Worst of all, immigrants from high-population countries like India and China are forced to wait decades before they can finally graduate from their H-1B visa and obtain a green card.

Critics might argue that tech companies can’t support these workers right now, so better cut them loose. But that’s incredibly short sighted. First, it completely ignores the major investment we’ve already made in these workers. So many of them are trained at our first-rate colleges and universities and went on to hone their skills at American startups and high-tech enterprises. Casting them off will, by default, sent them into the arms of Shanghai, Guangdong or Bangalore-based companies.

Second, not every tech market is shrinking. Right here in North Carolina, we’ve seen plenty of layoffs. But we’ve also seen those losses offset by the creation of new tech jobs, with companies including Apple, FUJIFILM, and Fidelity all increasing their presence.