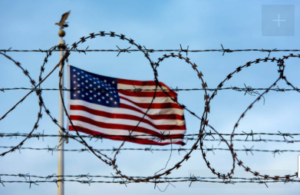 MEXICO CITY—The immigration pact signed last week between the U.S. and Guatemala would likely change migration dynamics in the region, lessening the flow of asylum-seeking families but raising the number of single migrants who try to enter the U.S. undetected.

Under the “safe third country” agreement, Hondurans and Salvadorans would be required to apply for asylum in Guatemala instead of in the U.S. Asylum seekers from those countries apprehended at the U.S. southern border, mostly families, would be returned to Guatemala, U.S. and Guatemalan officials say.

The agreement faces legal and political hurdles in Guatemala, where it is widely unpopular and the subject of protests this past weekend.

The country’s top court is expected to soon rule on two injunctions filed against the deal. It will clarify if the pact must be approved by Congress—where it faces opposition—and whether it was signed legally by the Interior Minister.

If the accord is implemented, it would likely deter migrant families from Honduras and El Salvador, said the manager of a migrant shelter in Guatemala City. Instead, it would revive old patterns in which migrants are predominantly single adults, mainly men, as the journey becomes more perilous and costly.

“Single adults and those with more resources may take a chance and get to the U.S. undetected,” the migrant shelter manager said.

The pact hasn’t gone into effect yet. Guatemalan Interior Minister Enrique Degenhart said details on how to implement the plan, such as the number of migrants expected to be sent to Guatemala, will be ready in the next two weeks. Acting Homeland Security Secretary Kevin McAleenan went to Guatemala City on Wednesday for a two-day visit to hash out the details with Guatemalan officials.

Few experts expect a surge in asylum claims in Guatemala because the country is poor, dangerous and inhospitable to them. “If [migrants] had wanted to seek asylum in Guatemala, they would have done so when they crossed through Guatemala en route toward the U.S.,” Mr. Degenhart said in an interview.