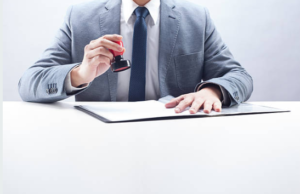 Federal immigration agents are beefing up their efforts to apprehend undocumented immigrants in South Florida as part of a nationwide effort to “keep communities safe.”

In the past few weeks, Customs and Border Patrol officials have been spotted by commuters at Greyhound bus stations across Miami-Dade and Broward counties, asking riders on board, or in the process of boarding a bus, for proof of legal status.

The U.S. Border Patrol confirmed the sightings in an email to the Miami Herald:

“U.S. Border Patrol has been performing enforcement actions away from the immediate border in direct support of border enforcement efforts and as a means of preventing trafficking, smuggling and other criminal organizations from exploiting our public and private transportation infrastructure to travel to the interior of the United States. … Agents in Florida enforce immigration law while working closely with local, state and federal law enforcement partners to keep communities safe while securing the coastal borders.”

The presence of immigration officials conducting “transportation checks” at transit hot spots isn’t necessarily new. However, CBP’s enforcement operations — as well as missions by U.S. Immigration and Customs Enforcement — have been exponentially ramped up by the Trump administration as part of the president’s vision to “fix” the country’s “broken immigration system.”

“People know that people can’t fly because of their illegal status. So what do they do? They take trains or Greyhound buses. This is known, especially to ICE and CBP,” said Tammy Fox-Isicoff, a prominent South Florida immigration attorney who sits on the board of the American Immigration Lawyers Association.

Fox-Isicoff said one of her clients, a Filipino foreign national, was apprehended three weeks ago at a Greyhound bus stop in Miami. She was in town from Las Vegas for a high school reunion.