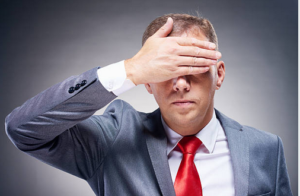 It’s official. Paul Ryan, the man who made “morally ambiguous” statements about Donald Trump’s “textbook racism,” is vacating his position as speaker of the House and retiring from Congress.

As Trump’s erratic presidency continues to spike the stress levels of a majority of Americans, Ryan has picked the path of least resistance and abandoned the sinking ship that is the House Republican caucus.

On immigration, Ryan plays in the House the same role that Marco Rubio of Florida plays in the Senate: He’s a walking and talking empty suit.

That is because as speaker, Ryan could have done something (read: anything) to help Dreamers ― the undocumented immigrants who came to the United States as children ― and beneficiaries of the Deferred Action for Childhood Arrivals program, like myself. He instead chose to ignore the manufactured crisis that Trump created to push a profoundly unpopular immigration plan that catered to the xenophobic wing of the Republican Party. The result? Prolonged anxiety among 800,000 Dreamers who are currently working, going to school and paying taxes in hopes that they may be able to live free from the constant fear of deportation.

It was just over a year ago that Ryan promised Angelica Villalobos, an Oklahoma mother and Dreamer, that he wanted to “find a way to make sure that [Angelica] can get right with the law.” Ryan stated during a CNN town hall that Angelica, who questioned him on whether people like her should be deported, should not worry about “some, you know, deportation force coming on your door this year. Don’t worry about that.”

But sure enough, undocumented immigrants and Dreamers in 2018 continue to face an alarming amount of attacks from Trump, the Department of Justice and a supercharged deportation force whose abuse goes mostly unchecked ― all while Ryan and Republicans in Congress turn a blind eye and talk nice.