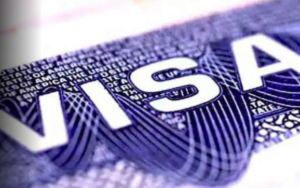 The Biden administration has announced that certain categories of immigrants, including those seeking green cards and spouses of H-1B visa holders, would be permitted to use their expired work permits for an additional 18 months, offering a reprieve to thousands of Indians working in this country and prevent further disruption for US employers.

A Green Card, known officially as a Permanent Resident Card, is a document issued to immigrants as evidence that the bearer has been granted the privilege of residing permanently in the US.

The move announced by the Department of Homeland Security on Tuesday will go into effect from May 4, 2022.

The extension period of up to 180 days will automatically be extended to up to 540 days from the expiration date stated on the current Employment Authorisation Cards (EADs), the Department of Homeland Security said.

”As USCIS (US Citizenship and Immigration Services) works to address the pending EAD caseloads, the agency has determined that the current 180-day automatic extension for employment authorization is currently insufficient,” said USCIS Director Ur M. Jaddou.

”This temporary rule will provide those non-citizens, otherwise eligible for the automatic extension, an opportunity to maintain employment and provide critical support for their families, while avoiding further disruption for US employers,” he said.

According to USCIS, non-citizens with a pending EAD renewal application whose 180-day automatic extension has lapsed and whose EAD has expired will be granted an additional period of employment authorization and EAD validity beginning May 4, 2022, and lasting up to 540 days from the expiration date of their EAD.

They may resume employment if they are still within the up to 540-day automatic extension period and are otherwise eligible.

Non-citizens with a pending renewal application still covered under the 180-day automatic extension will be granted an additional extension of up to 360 days, for a total of up to 540 days past the expiration of the current EAD.