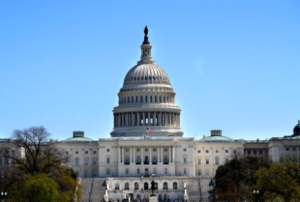 Action in Congress on green cards and an administrative change on humanitarian parole by U.S. Citizenship and Immigration Services (USCIS) has injected a rare bit of good news on immigration policy. The coming weeks will reveal if the news remains positive.

Humanitarian Parole: When the Biden administration decided to follow through on Donald Trump’s agreement with the Taliban to withdraw U.S. troops from Afghanistan, the central government in Kabul fell too quickly for many Afghans to escape to safety.

Biden officials used parole authority to bring tens of thousands of Afghans to America. However, that still left many other Afghans in danger.

“Months after the United States pulled out of Afghanistan, Andisha Shah [a U.S. resident] is still waiting to be reunited with her sister and nephews,” reported PBS NewsHour. “Since last September, they’ve been in Pakistan, where they were relocated after the Taliban fighters began their takeover. . . . Shah’s family is still waiting across the border in Pakistan while their relatives in the U.S. hold out for a decision on an application for humanitarian parole, a special program for people who could be granted temporary entry into the United States for ‘urgent humanitarian reasons or significant public benefit.’”

The problem has been not only a lack of resources for USCIS to adjudicate humanitarian parole requests but also the standard used to approve or deny cases.

“Since July 2021, USCIS has received over 46,000 applications from Afghans hoping to come to the U.S. through the parole process,” according to CBS News. “But most parole applications from Afghans remain unresolved—and over 90% of fewer than 5,000 fully adjudicated requests have been denied . . . . As of June 2, only 297 parole requests from Afghans had been approved by USCIS, while 4,246 requests had been rejected, according to the agency figures, which suggest that most of the tens of thousands of pending cases will be rejected under the standards being used by the U.S. government.”