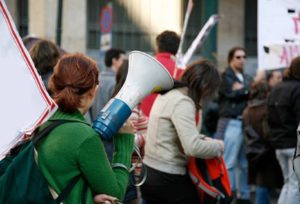 A group of Democratic lawmakers on Monday outlined their opposition to a Trump administration proposal which would increase application and petition fees for immigrants and asylum seekers, calling the plan “fundamentally inequitable and contrary to our nation’s values.”

Under the proposed rule, published Nov. 14 in the Federal Register, the U.S. would be one of just four countries in the world that charge asylum-seekers for entry. An 83 percent increase in the naturalization fee, a 55 percent increase in the Deferred Action for Childhood Arrivals (DACA) renewal fee, a 20 percent increase in employment authorization application fees, and an elimination of some fee waivers were also included in the proposal, which was panned by immigrant rights advocates as “outrageous” and “simply barbaric.”

DHS’s explanation for the fee changes is unsatisfactory and because of the proposal’s disproportionate impact on working class families, the plan “ignores clear congressional intent to create a fair and accessible immigration system,” wrote the lawmakers.

“We are particularly troubled by DHS’s proposal to transfer roughly $112 million per year in immigration benefits fees to Immigration and Customs Enforcement (ICE),” they added.

“Over the last few years, Congress has denied DHS’s requests to transfer such fees to ICE, and it has continued to fully fund ICE’s operations by direct appropriation of discretionary funds,” the lawmakers wrote. “The proposed transfer runs contrary to this clear congressional intent, as well as clear congressional intent in separating the department’s immigration adjudication functions from its enforcement functions.”