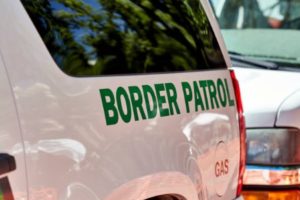 El PASO – Border Patrol supervisors were so overwhelmed by the number of immigrants taken into custody along the Southwest border this spring they resorted to an unorthodox way to accelerate their release: They gave agents pre-checked and pre-signed medical forms that cleared unauthorized immigrants and asylum seekers for travel.

The forms appear to have allowed the Border Patrol to bypass required medical checkups of migrants on their way to join sponsors in different parts of the country, including Dallas.

Carlos Favela, executive vice president of National Border Patrol Council Local 1929, which represents more than 1,400 agents, said it’s unclear how many immigrants received such forms as they were distributed for at least four weeks. He also said he didn’t know how many of the 11 stations in the El Paso Border Patrol sector used them before the practice stopped in mid-June following complaints by the union.

The Border Patrol chief for the El Paso sector, Aaron Hull, said Thursday that he could not comment specifically on the use of the medical forms because, “I’m not sure that was brought to my attention.”

“I do know that sometimes agents, just to speed processing, we apply shortcuts,” but he stressed that the agency is “always looking for ways to do things efficiently without compromising any of the quality that we do.”

But Border Patrol agents say the use of the pre-filled medical forms and the decision to blow the whistle on the practice illustrate a widening divide between agents and supervisors.

Agents, who signed up for law enforcement on the border, say the crisis has almost overnight forced them to become baby sitters and detention officers, without any additional training. They say migrants are more tense and short-tempered after long detentions in overcrowded holding centers — a situation that has many agents concerned about their own safety.