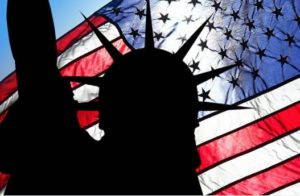 Washington — Former U.S. Citizenship and Immigration Services (USCIS) director Francis Cissna, who was ousted by President Trump in May, is now back at the Department of Homeland Security (DHS), returning to the policy-making office he worked in before starting his Senate-confirmed position in late 2017.

“Prior to his appointment as the Director of United States Citizenship and Immigration Services, Francis Cissna was a career official in the Department’s Office of Policy, where he has assumed new duties,” a DHS spokesperson told CBS News.

Cissna was pushed out by the White House amid a purge of top DHS officials that also resulted in the ouster of Homeland Security Secretary Kirstjen Nielsen and Acting ICE Director Ronald Vitiello. Mr. Trump had announced a “tougher direction” to curb a months-long surge of Central American families heading to the U.S.-Mexico border.

After Cissna’s departure, the White House tapped former Virginia attorney general and immigration hardliner Ken Cuccinelli to fill the position on an acting basis. Since taking office, Cuccinelli has been outspoken in his support for the president’s hardline immigration agenda, becoming the de facto spokesperson for the entire DHS and rolling out the “public charge” regulation started under Cissna.

Cuccinelli has not been formally nominated for the role, which would require confirmation by the Senate.

Despite his ouster, Cissna received frequent praise from immigration restrictionists during his relatively low-profile tenure leading USCIS. He pushed restrictions on temporary worker visas, launched a sprawling denaturalization campaign and worked to craft the “public charge” regulation that will make it more difficult for low-income immigrants to obtain green cards or temporary visas if they use certain welfare benefits.

It was also during his tenure that USCIS sparked controversy by scrapping the “nation of immigrants” passage from its mission statement.