Home Politics Former Obama Official On The Surge At The Border: ‘This Is A Refugee Crisis’ 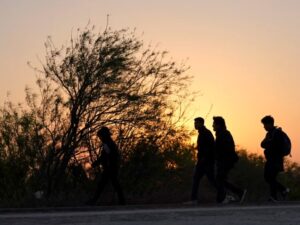 The number of migrants crossing into the United States in March was higher than in any other month in at least 15 years.

That’s according to preliminary data from U.S. Customs and Border Protection that was reviewed by The Washington Post. The figures show U.S. agents apprehended more than 171,000 migrants in March, including more than 18,800 unaccompanied minors. In all, the number of arrests and detentions has more than doubled since January, according to the Post.

The skyrocketing numbers have posed an early test for the Biden administration, which has refused to refer to what’s happening on the border as a crisis.

“The truth of the matter is nothing has changed,” President Biden said during his first press conference in office late last month. “It happens every single, solitary year: There is a significant increase in the number of people coming to the border in the winter months of January, February, March. That happens every year.”

Cecilia Muñoz, who worked on the Biden transition team and previously served as director of former President Barack Obama’s Domestic Policy Council, says there is indeed a crisis that needs solving, but it’s a crisis that extends far beyond the border.

Muñoz, currently an adviser with the think tank New America, spoke with NPR’s Morning Edition about the migrant surge, saying that until the U.S. addresses the crises in Central America that are causing people to flee their homes in the first place, the challenges on the border won’t go away. “You can’t fix it at the border,” she says.

Below are excerpts from the conversation, edited in parts for clarity and length.